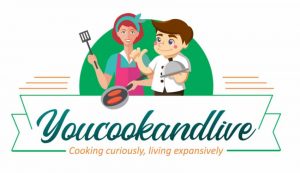 You Cook And Live

Woohoo! This is my 40th post!!! I feel so elated and thankful to you all for being a part of my journey by reading my posts. If you have not been consistent here, you have probably not subscribed. Can you please take a moment to subscribe so you can get my posts straight into your email as soon as it is uploaded? Though it is the 40th post, I had a slightly tough time making a decision as to whether to make this post for several reasons. Partly because we don’t experience a lot of eating disorder in this part of the world. As a matter of fact, a lot of people here don’t eat enough not because they don’t want to but for the plausible reason that they don’t have and can’t afford it. Also, adults barely have an eating problem (It is mostly children trying to adapt to make choices of their kind of food) and considering my audience, I almost made up my mind not to make this post. After thinking through,I figured someone out there might need it because some of these struggles are not spoken out and some people even don’t know they have these issues. Hence, the love in me encouraged me to write this.

I like food. Well, maybe the cooking part better than the eating part. Don’t get me wrong, I love to eat food, good food. As weird as this may sound, I am not an adventurous food eater. An inexcusable reason is, I am careful of what goes into my tummy. If the food combo looks like something I can’t eat, I would rather not have it. This is because I don’t want to be in a place where my stomach is irritated by the food. So, I’d rather avoid it.

There are different kinds of food eaters. Some people naturally don’t like to eat food, some feel lazy to cook and as a result, eat less than they would (good examples are undergraduate boys and girls in school hostels), some eat a normal portion of food while others like to eat a lot. There are also picky eaters, habitual eaters etc. How would you describe yourself and your eating habit? For me, I like to eat in small portions i.e. bit by bit. That means that no matter how hungry I am, my “go-to” would be a small portion first and let’s go from there 🙂  Someone might wonder that this would imply consuming even more than a regular person who takes a big portion at once. Well, that could be right except for times when after the first small plate, one loses appetite or gets busy after that and that’s all the food for the day. This happening consistently is not a good eating habit.

Food, for all intents and purposes, is great. The critical ingredient for physical growth is food, don’t you think it is interesting how a baby sucks only milk and every part of the body including the smallest fingernail develops with just milk? Growing older, the reverse is the case, children and adults definitely don’t survive on milk.  Hence, the necessary consumption of proper and balanced meals. This further means that eating a good food size is not just important, it is necessary to live healthily. After deciding to live healthily, I tested this tip and guys, it  works!

Are you ready to hear the secret?

Use a bigger plate to eat!! This is a subconscious way of eating. The mind affects everything we do. Recently, I was hungry and I unconsciously took a wide plate. And guess what? I finished the whole food! Once you can train your mind to eat with a bigger plate with a good portion in it, sooner or later, you adjust your eating habit. I hope this helps you or any other person you know who doesn’t eat well.

Have a fragrant filled week!

Fruit of the Month: Banana

Your comments are like water to my thirst. Let me know what you think! Cancel reply 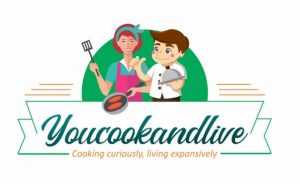 I’m Ayobambo and this is my personal slice of the Internet where I share original, colourful, globally-inspired recipes using whole, natural ingredients. I am light on the heavy stuff and more about letting the food and recipes speak for themselves.
Contact us: ayobambo@youcookandlive.com
© You Cook And Live.
%d bloggers like this: